HOOQ’D ON ALDUB? BINGE-WATCH “DESTINED TO BE YOURS” ANYTIME, ANYWHERE

AlDub fanatics can now stream the latest episode of Alden and Maine’s first ever teleserye,  Destined to be Yours as HOOQ recently announced its acquisition of the exclusive Subscription Video-on-Demand (SVOD) rights to the catch-up episodes.

Destined to Be Yours is currently the most talked about primetime show on Philippine television since it aired its premiere episode last February 27, 2017. Joining Alden and Maine is a cast of talented actors led by Boots Anson-Roa, Lotlot De Leon, Gardo Versoza, Tommy Abuel, Ronnie Henares, Ina Feleo, Sheena Halili, Dominic Roco, Juancho Trivino, RJ Padilla, Koreen Medina and Janice de Belen who recently returned to GMA for this project.

The teleserye quickly captivated viewers with the enthralling romance story between Benjie Rosales (Alden Richard) and Sinag Obispo (Maine Mendoza) which is set in a charming and pictureque town where anything, especially destiny, is a possibility. In fact, the pilot episode garnered 22.5% ratings on AGB Nielsen NUTAM which is 2.9% higher than its rival program. The hashtag for the pilot episode, #DestinedToBeYoursWorldPremiere, also dominated worldwide Twitter trends – garnering 4.4 million tweets from February 26, 6:00 pm to February 28, 6:00 am. 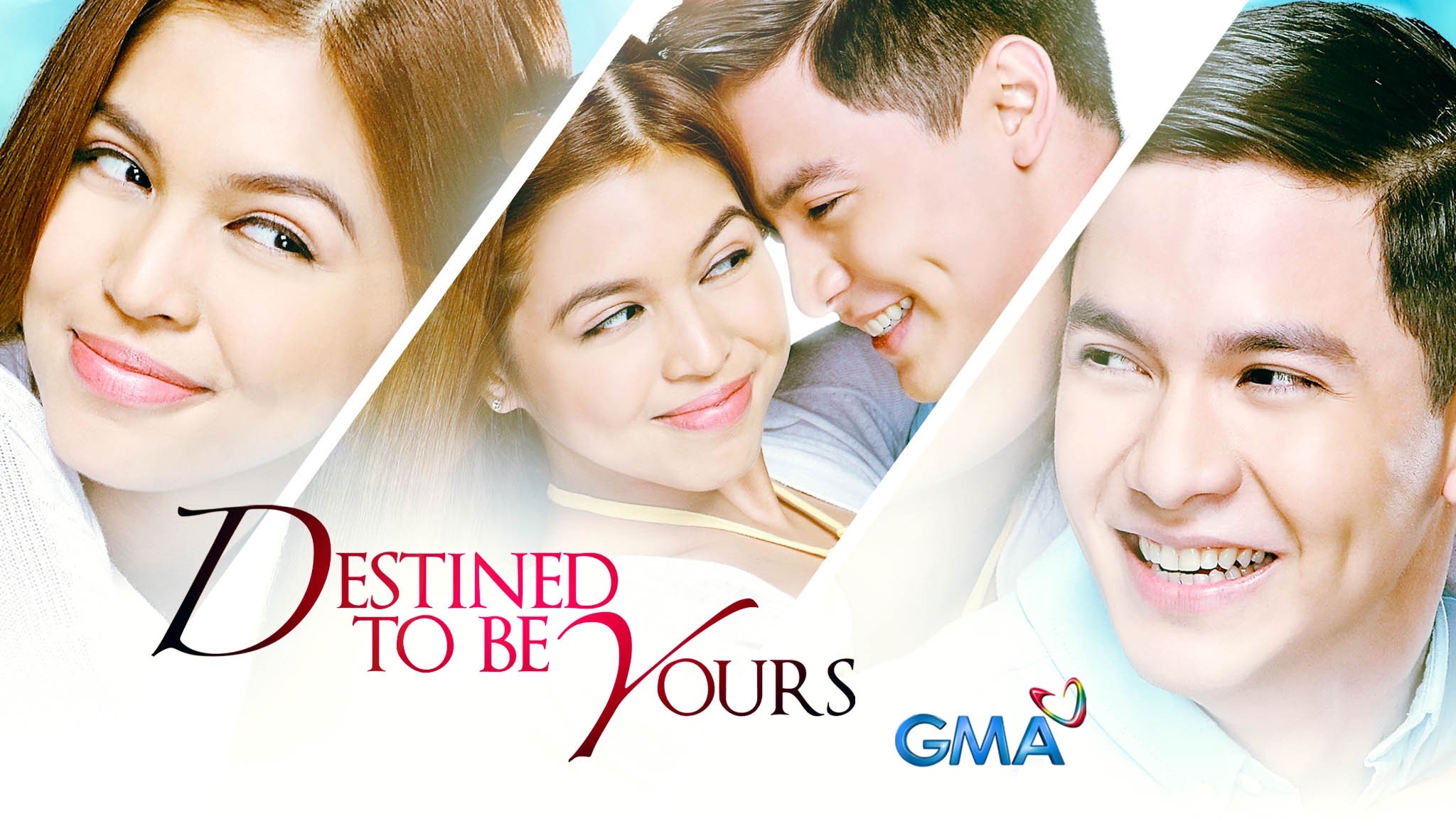 Sinag is a DJ in a community radio station in her hometown of Pelangi. The paradise-like town of Pelangi was formerly a well-developed municipality due to its flourishing mining industry but many people were forced to leave the town after mining firms closed down. Sinag stayed behind because of her love for her hometown and her intention to preserve the traditions and culture of Pelangi through the community radio station that she inherited from her late grandfather.

Meanwhile, Benjie had just graduated from his university and had high hopes of starting his career as an architect. Benjie applies for Rosales Development, one of the largest real-estate development firms in the country. Amanda (Lotlot De Leon), who had to raise Benjie on her own after her husband died from an accident, was against this at first but later allowed it after a change of heart.

Benjie’s grandfather, Vicente Rosales (Tommy Abuel), is a real-estate tycoon and is the owner of Rosales Development. He had alienated Benjie and Amanda for many years following the tragic death of Benjie’s father, Gabriel.  In order to make up for lost time, Benjie’s grandmother, Helen (Boots Anson-Roa), convinces Vicente to interview and offer Benjie a position in the company.

As Benjie accepts the job, he gets assigned to a project at Pelangi. There he meets Sinag and their lives become intertwined as they fall in love with each other.

“Since we announced the highly anticipated first primetime TV series of Alden Richards and Maine Mendoza, the entire #AlDub nation created such a buzz online that Destined to be Yours was definitely destined to be a hit even before it aired its first episode,” says Judd Gallares, President & COO of GMA New Media, Inc. “

HOOQ is now the prime destination for Filipino entertainment on demand with the largest library of local movies amongst any video-on-demand service in the country. Subscribers can now enjoy over 1,200 Filipino movies spanning almost five decades of film making, and over 4,000 hours of local television leaving other video-in-demand services way behind in terms of Filipino content.

For more information, visit www.hooq.tv and follow them on: